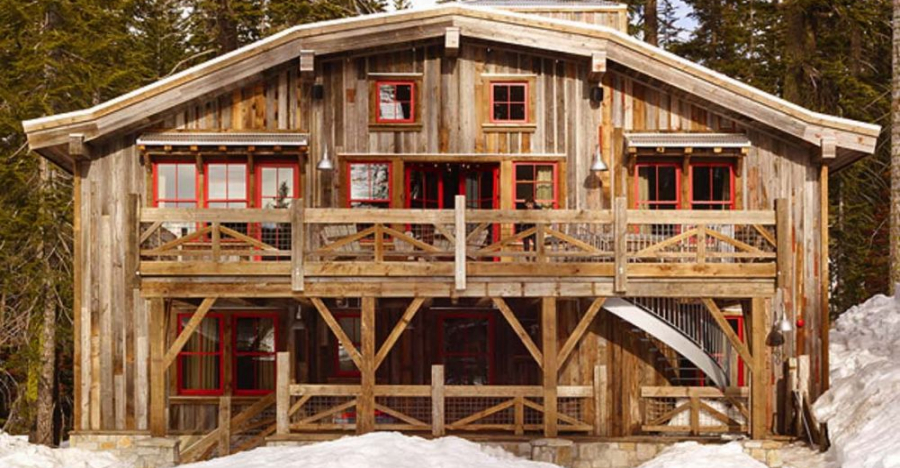 The cabin building has a gambrel roof which is popular for rustic structures, especially on barns. The cabin building is rustic, cozy and warm and also connected to its natural surroundings in a seamless manner. The living room features a massive stone-clad fireplace which makes the whole space look and feels warm and cozy. The large beams are made of reclaimed wood, and they add a lot of charm to the cabin as a whole. Several industrial-style elements are found throughout the cabin building, including all of the light fixtures. The kitchen has a great layout that features open kitchen cabinets and a large farmhouse-style sink. All of the salvaged wood used throughout the barn style house creates a strong sense of comfort and gives the rooms a lot of character. The open dining area is connected to the living room yet looks and feels like a separate, intimate space

The interior of this barn style house reveals a series of functional and open, friendly spaces and a warm and inviting ambiance throughout the cabin building. There’s a large living room with a large fireplace and comfy sofas, a big farmhouse sink, a spacious kitchen with a great layout and six bedrooms, one of which is a loft space and two of the bedrooms being the kids’ rooms with bunk beds. There’s also a large outdoor patio with a fire pit and a water tank that’s a hot tub. Inside there are industrial light fixtures and massive wooden beams, designed to give a cohesive look with a cozy and rustic ambiance in all of the different areas of the cabin. 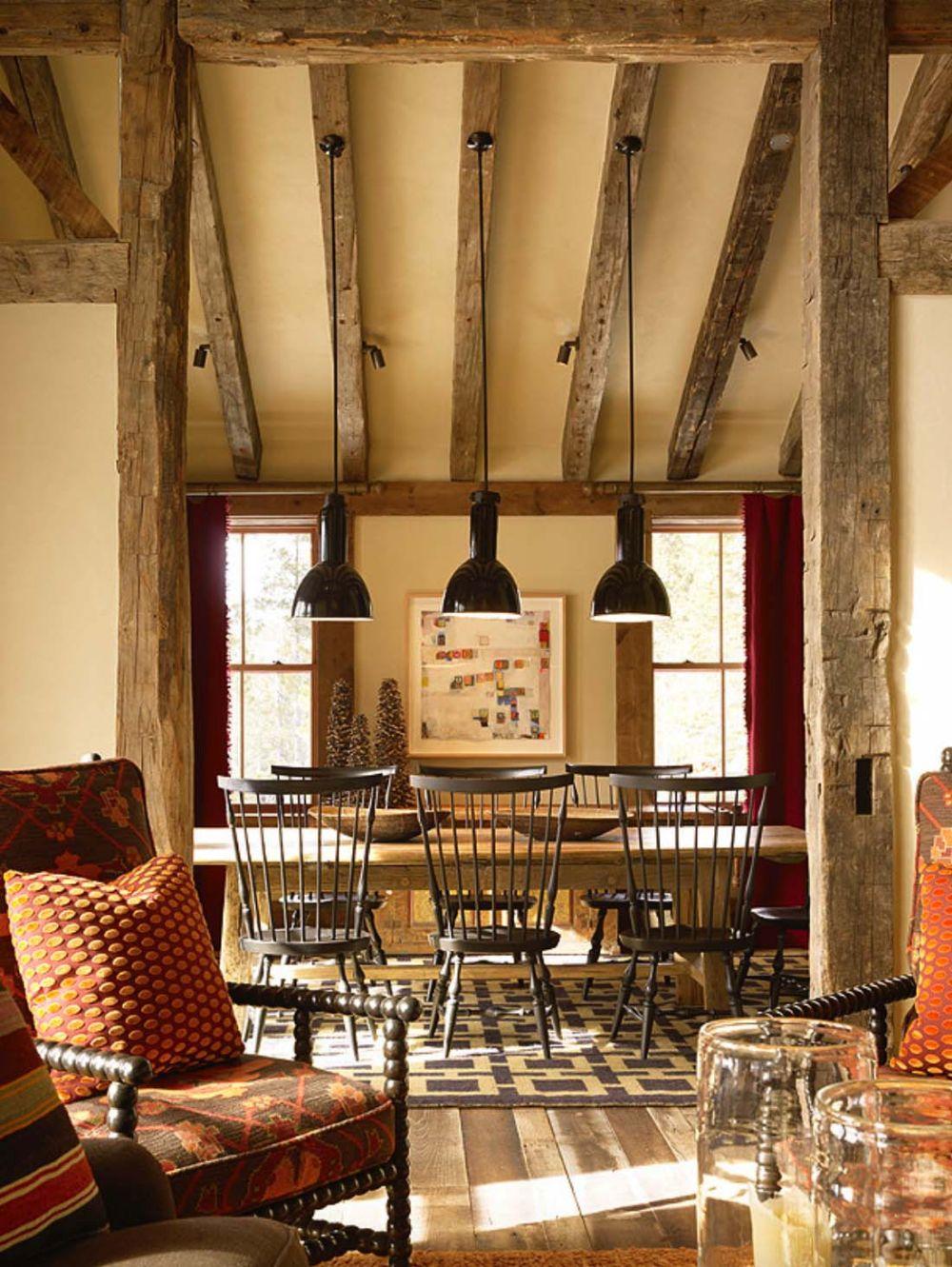 More about this story can be found at: Kelly Abramson Architecture 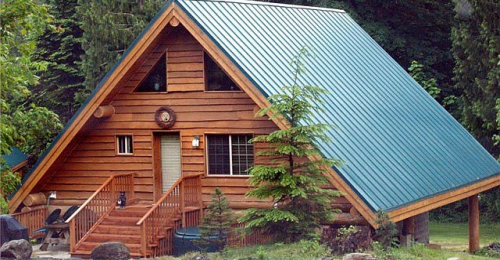 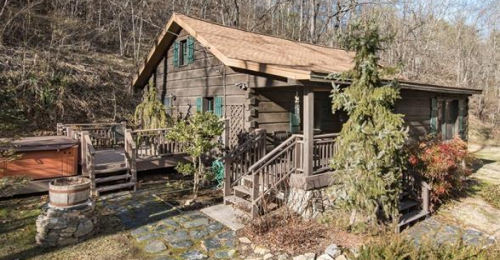 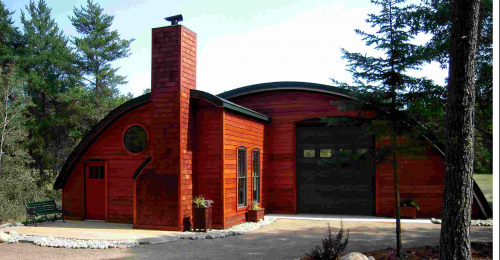 Barn Home Quonset Kits that Start at Under $8000