Tanglewood is a space for rejuvenation and change. Nestled at the end of Woodhill Park Road, just outside of Waimauku township off SH16. An easy 35-minute drive from Auckland CBD, just 10 minutes to Muriwai Surf Beach, and a short drive to Vineyards, Woodhill Forest, and various other attractions. Tanglewood was born out of a dream to create a space for relaxation, contemplation, creativity, social interaction, and environmentally sustainable change. All of the buildings were consciously designed to minimize environmental impact, using natural and/or recycled building materials. They take group bookings, host weddings and conferences, regular yoga classes for locals and travelers alike, and offer workshops as well venue hire for other workshops and get-togethers. For every booking made they will plant a native tree. 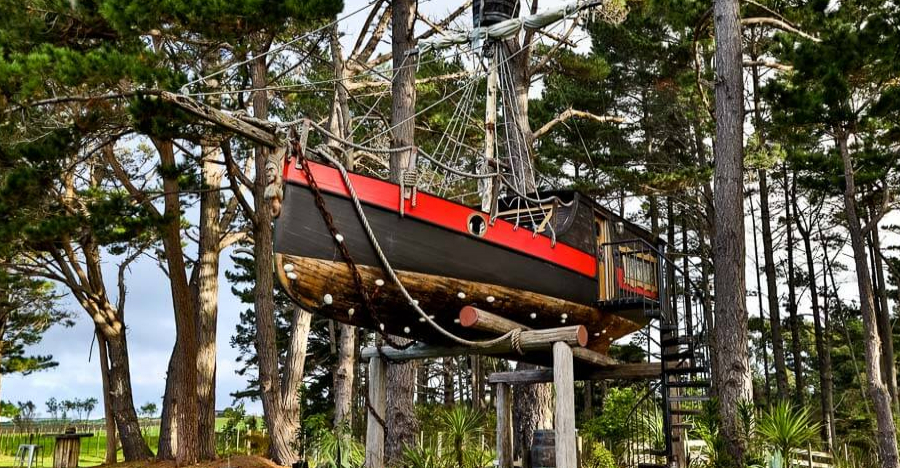 You'll want to take a closer look at the Pirate ship treehouse Hinemoana at the Tanglewood Retreat. The treehouse is set back from the road and surrounded by nature and the sound of native birds, the treehouse is a true gem. Tanglewood is a short drive to the surf beach Muriwai and only 5 minutes to Waimauku township. The treehouse itself boasts a double bed in the wood cabin and a small entertaining area in the back of the ship. There are modern shared bathroom and shower facilities below.

Everything in the Pirate ship treehouse has been built out of recycled building materials, lovingly put together by Brenton, Riccardo, and Aaron. The owners found the beautiful Hinemoana as a shell for $700 on Trademe. It was originally named Polaris, built-in Cornwall by Pearn in 1935 and, after fishing in the English Channel (and Wales during WW2), was converted to a pleasure boat in the ‘50s by the Torquay Coroner Col HG Treasure. An English engineer saw her at Torquay in the mid-'50s and relocated his business to Australia on the ship when he went. Australia didn't suit and he moved to New Zealand and used her until he died and she has had three owners since. When the owners came across her, she was not much more than a rundown shell, but she had great potential.

Leftover wood was used from the owner's father's house to build up the sides of the boat, and upcycled kauri for the cabin inside. A mast found on the side of the road in Waiheke and a wine barrel, burnt and roughed up to become the bird's nest, an old copper map that Peter had hidden in his wine cellar made up the table. It was so much fun collecting portholes and pirate memorabilia to line the ship. Stacey found a set of spiral stairs in a neighbor's driveway in Muriwai when she on the way back from a surf and left them a note in their letterbox asking if they could buy them. All the pieces have fallen together beautifully to create the space that you see today. And it couldn't have been done without the vision of their full-time Pirate and Carpenter Brenton, or his trusty first mate Riccardo. 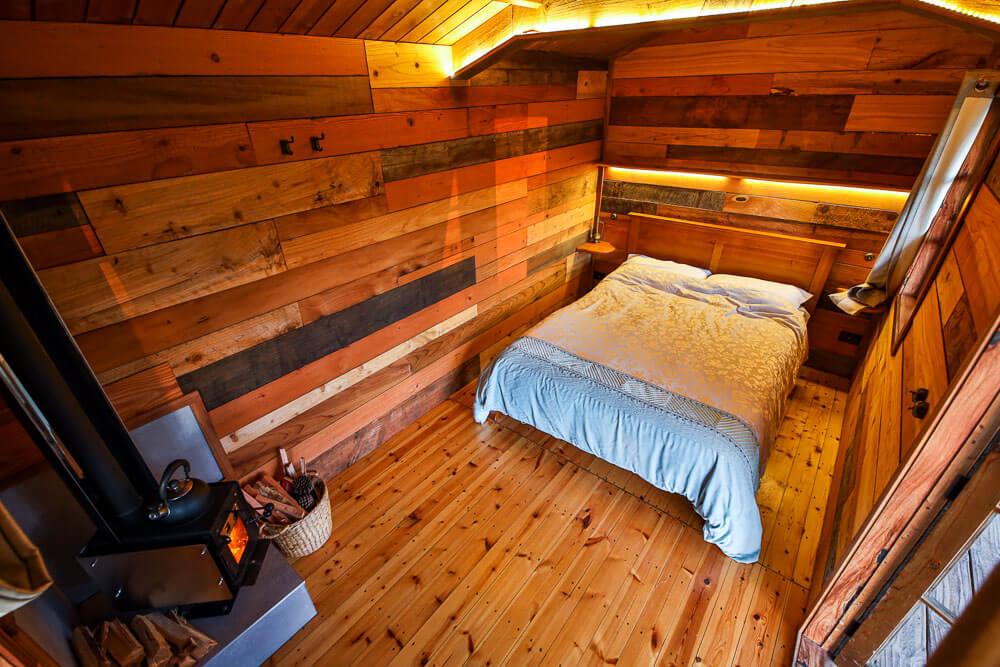 More about this story can be found at: Tangle Wood Treat 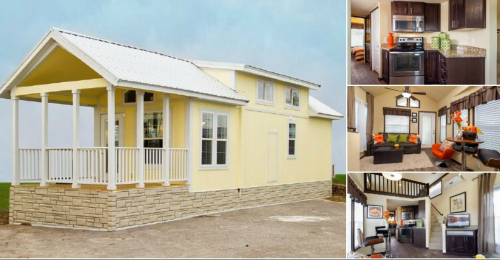 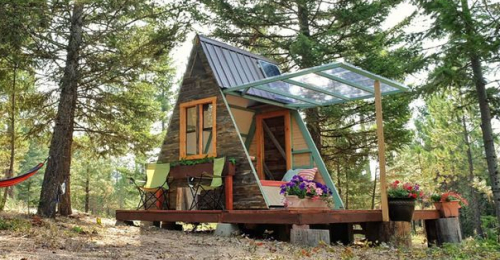 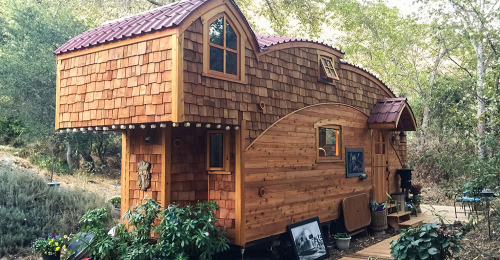