This Catskill Barn Retreat was Originally Built in 1830

This heavy-timbered, hand-hewn English framed barn was originally built near the town of Windham, New York, circa 1830. The barn was dismantled and ultimately restored, reerected and turned into a beautiful multi-leveled, four-bedroom barn style house less than three miles from its original location. The modern barn is 30 feet by 40 feet for a total 1,200 square feet. 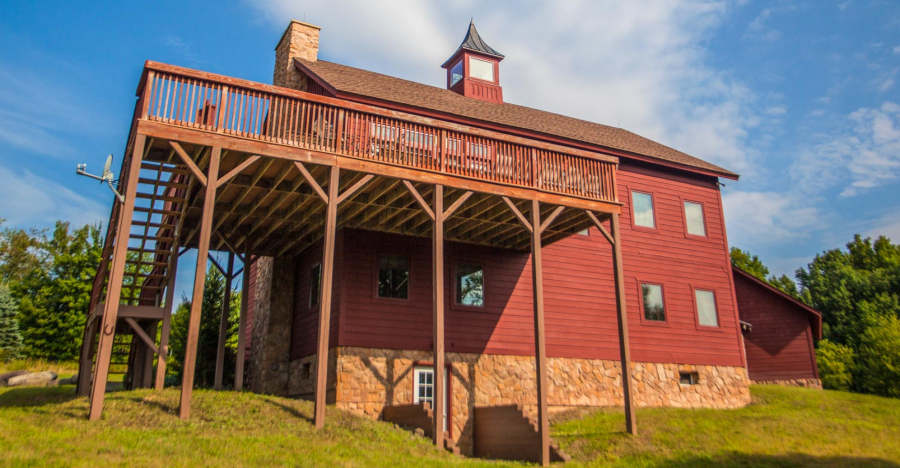 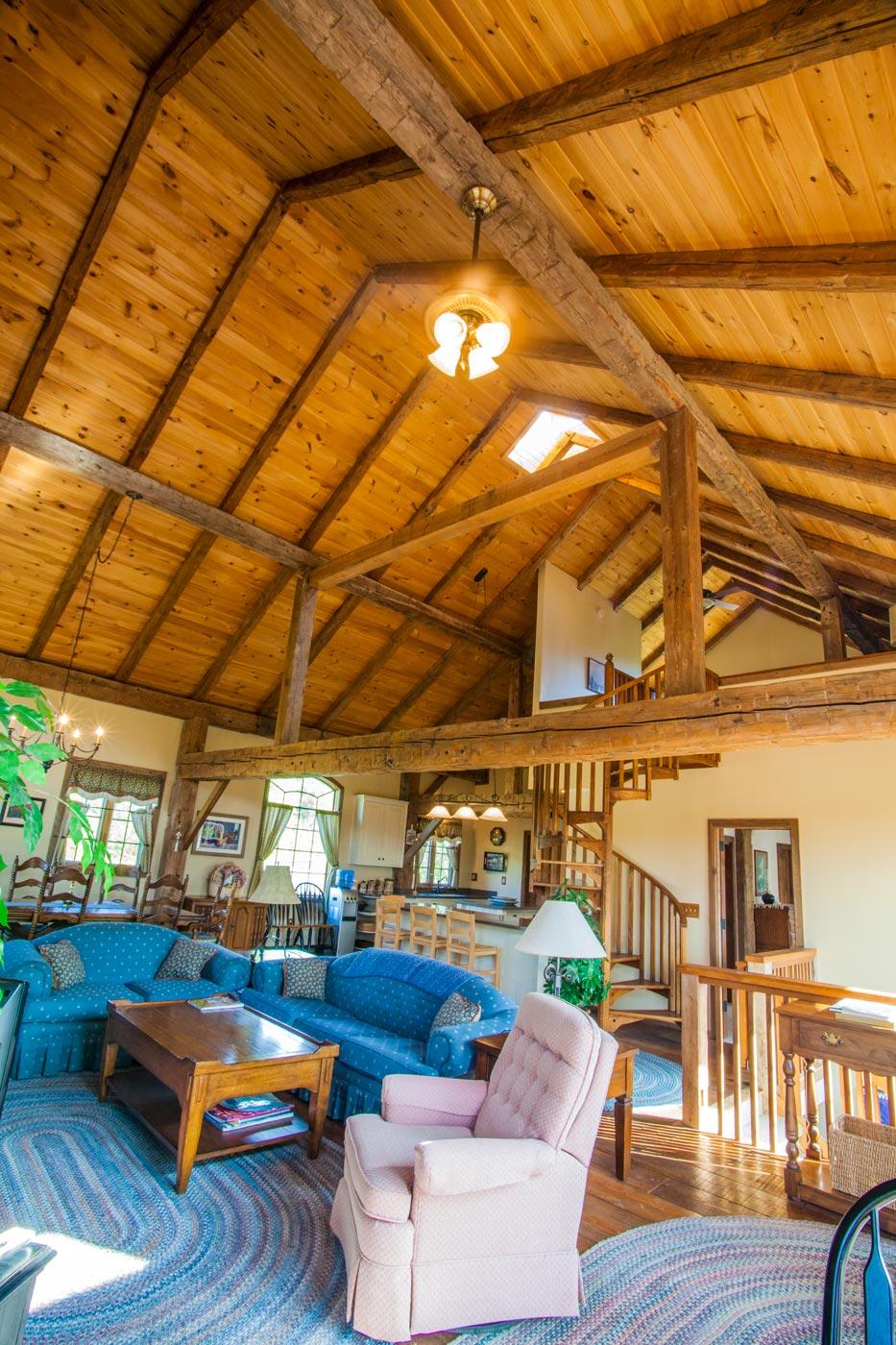 Barns are a type of cabin building that has been around for hundreds of years. Throughout American history, farmers built barn structures to help shelter their livestock and to store their harvest. There are a variety of barn style houses that can be found throughout the United States; each barn cabin building is suited to the environment where the barn resides. The barn architectural design, especially if it is a very old barn design, is bound by the weather requirements of that particular location and the cultural traditions of the farmers who lived in that particular region. One example of this is a steeply peaked roof on a barn architectural design which is relevant to the regions that have considerable snowfall since the weight of the snow can get quite heavy and bring the roof of a barn down. Such steep roof peaks on a barn only capture the heat in the hotter, more humid regions of the South. So while that particular style of barn cabin building will still have a slope to help shed the rain and snow, the more southerly barns cabin buildings add variation to help with the ventilation. An example of this is the airy monitor barns that help to ensure a breeze from the floor through to the ceiling through the monitor barns vents.

In the mid to late 19th-century barn framing cabin building methods in the United States began to shift away from the traditional method of timber framing to the style of plank framed or truss framed cabin buildings. Truss or plank framed barn cabin buildings reduced the number of timbers that were used instead of using dimensional lumber for the joists, the rafters, and sometimes the trusses. Heritage Restorations specializes in the salvage and restoration of 18th and 19th Century farm, mill, cabin buildings and housing structures.

More about this story can be found at: Heritage Restorations