Mobile living has gotten more popular as of late with people exploring different ideas and ways of life. For the average millennial, buying a house in today's market might seem like a distant or sometimes impossible dream, but owning a van is do-able. So that's why more people, especially younger people are making vans and even busses into homes on wheels. By living in a van that's fully customized to make living more comfortable, people are able to save money that they would otherwise be spending on rent. That money can go toward their debts or toward living a life that brings meaning. Other people living in these vans want to get out and explore the world by a vehicle while being able to afford their accommodations. Hotel and vacation rentals can be expensive, and hostels are often overcrowded and uncomfortable, so it makes sense that someone would prefer to stay in their own van instead. It would cost less, and you can basically have a familiar place to return to throughout the day. Most RV parks welcome vans as campers too, making it easier than parking a tiny house. It's similar to how people would live throughout history, but instead, they would be using a horse and carriage.

So we see all different types of van conversions these days. Some are older cargo vans that are being outfitted into homes, or it's an old minivan with the seats removed. Probably the most efficient type of van that's been used is the Sprinter van with its high roof allowing for plenty of room inside the cargo area. Essentially all of the seats are taken out of the van, and the entire thing is gutted. Then finishings that are homier like wood panelling and even carpet are added in along with beds and kitchenettes to make it more comfortable. One man who did his own van conversion, Alex, otherwise known as Kite Van Man, shared his methods of turning a van into a relaxing space that can act as a mobile home. He wrote a course and shares plans on his website which will teach people how to create their own home in a van. He usually gets asked a lot of questions, so it's wonderful that he put all of the information all in the same place for people to find.

He uses his first van conversion as an example. He named his van home Joyce which is a 2010 Mercedes Sprinter 313 with a long Wheel Base. At first, it looks like your typical run of the mill Sprinter van, but after all of the work was done, it looked like a luxurious camper van, very comfortable and homey. He took everything out of the van that was originally in it and replaced all of that stuff with hardwood or vinyl flooring, built-in wooden bench seats with cushions and even a small kitchenette. The kitchenette even has an RV oven in it, and there is a sink in there too which makes it easy to make meals on the go. There are also some great speakers mounted on the walls for a great sound when playing music or watching movies. He gives advice on whether or not to remove the bulkhead of the van which is something people explore doing. He says that his project took about 5 months of work, working on it when he could because he has a business and personal life of course. He said it took him about 500 hours of labour, not including the research, making the design and shopping for all of the parts. As for the price, he says it cost him around £16,847, but it could be done for less too.

More about this story can be found at: Kite Van Man 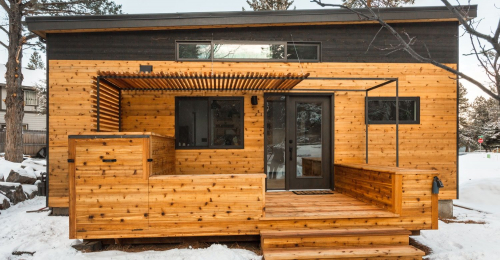 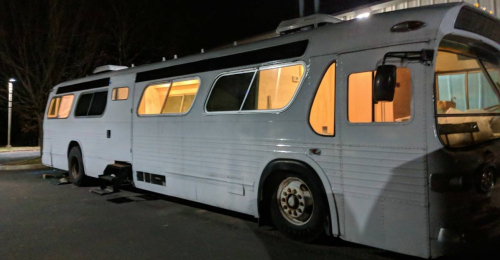