Sleek and Modern Houseboat from X-Architects in Dubai

For this incredible houseboat X-Architects out of Dubai collaborated with owner Leen Vandaele an interior decorator architect and design consultant from Squisito. They created a houseboat that has both high style architectural aspects and the ability to make living on the water luxurious. The structure of this particular houseboat came together by two catamaran beams which created a lot of stability made from stainless steel and glass. It measures 20 meters by 6.7 meters and has an upper deck with a kitchen, living room and a dining area. The lower deck has the bedrooms, bathroom and the steering cabin. The interior is just as incredible as the exterior. Kept very minimal to elaborate on the clean lines of the architecture and the structure itself. They used a lot of white tones and sleek modern furniture which is also mainly white with metal touches here and there. There are also plenty of windows throughout the home which shows off the water and the beautiful modern Dubai cityscape. Thank goodness they also included plenty of thick curtains as well for some privacy. 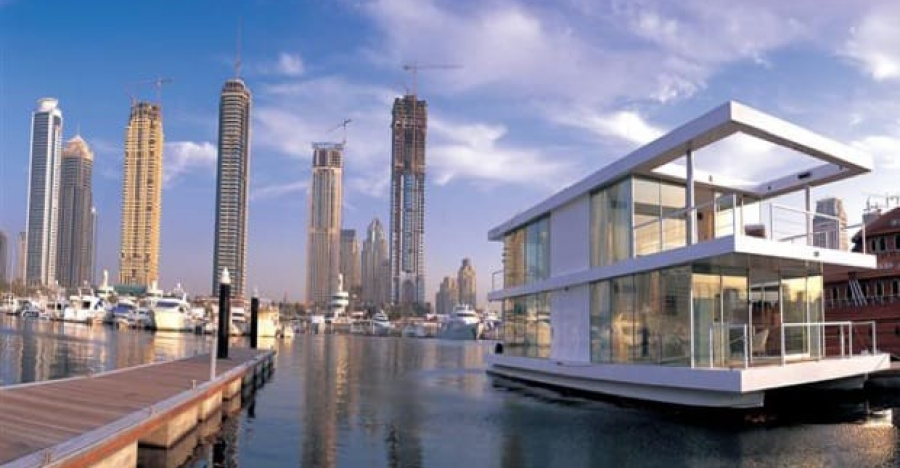 The lighting is kept very minimal with pot lights, and there are also built-in speakers for interactive music experience. The lighting is built into the experience of the home, so it offers the perfect ambiance at night. Outside on the deck of the houseboat, there is a spiral staircase that looks almost like a work of art leading up to a sun deck which would be great for during the day or for star gazing at night. The beautiful sunsets would be seen best up there too. In comparison to the other houseboats on the water, this one matches the cityscape of Dubai the most because of how modern it is. X-Architects does a wonderful job of creating these contemporary designs, and they have created plenty of other inspiring projects over the years. This project was called the O De Squisito Houseboat, and the owner lived on the 30th floor of an apartment building when she had the idea of this houseboat. She enjoyed the panoramic views of Dubai as well as the sea and being near it to breathe in the sea air. Since Leen loves thinking outside of the box when it comes to design and architecture, she thought she would experiment with this a bit by having fun with the design.

She thought about how amazing it would be to live right on the water instead of just beside it and be able to move along the water and go further out onto the water. So that's why the home ended up being motor-propelled. Now she lives in the houseboat and absolutely loves it, and loves to inspire others with the design. It can be a houseboat, but also a place to hold receptions, business meetings and more. She is grateful she met with Architect Ahmed Ebrahim Alkandary who has become a close friend from working on the project together. Since most houseboats we see are pretty basic, it's amazing to see one like this that is so luxurious and stylish. It really helps us to start thinking outside of the box when it comes to conventional housing and to see that it's really possible to live in the house of your dreams even if that's in the city on the water. With so many new home design ideas coming out these days it's hard to keep up with them all, but it's surely inspiring to find them and get some great ideas for your own home building projects. Would you live in a home like this? Or is it more something you would stay on for vacation? 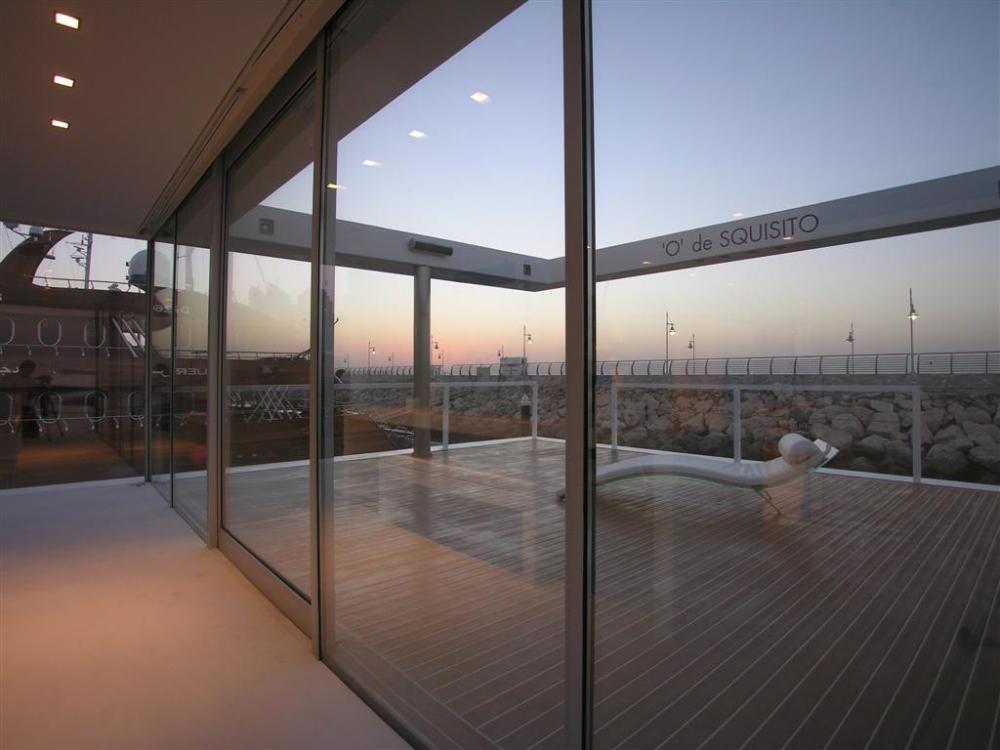 More about this story can be found at: X-Architects 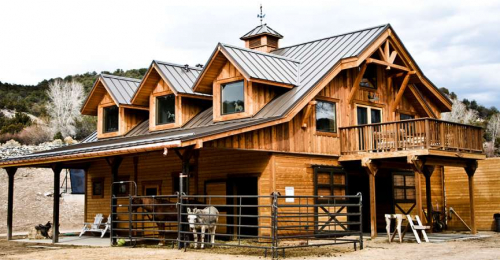 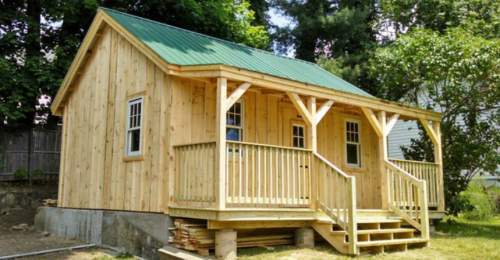 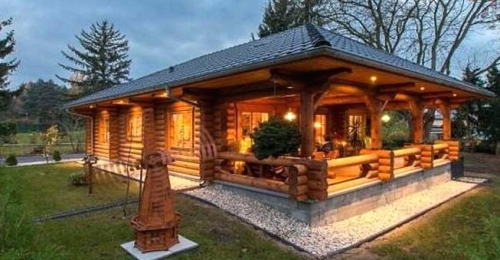