The Oak Leaf Cottage was designed from 2014 to2015 by Atlanta architect Brandon Ingram. The clients worked with a design firm to create a small grouping of Classic Southern buildings on their pristine North Florida acreage, including a large main house and a secondary guest cottage which was built first. County ordinances required that the cottage building be no more than 800 square feet, so the driving design motive was to create a structure that felt as though it wanted to be small, not that it had to be small. The designers sought to create an impression of modest simplicity, highlighted by proper detail and proportion. The Oak Leaf Cottage is a study in the Classical Vernacular, itself a mirror of some of the South’s best qualities, the cottage is proper without pretense, graceful but not grandiose, and sophisticated yet subtle. 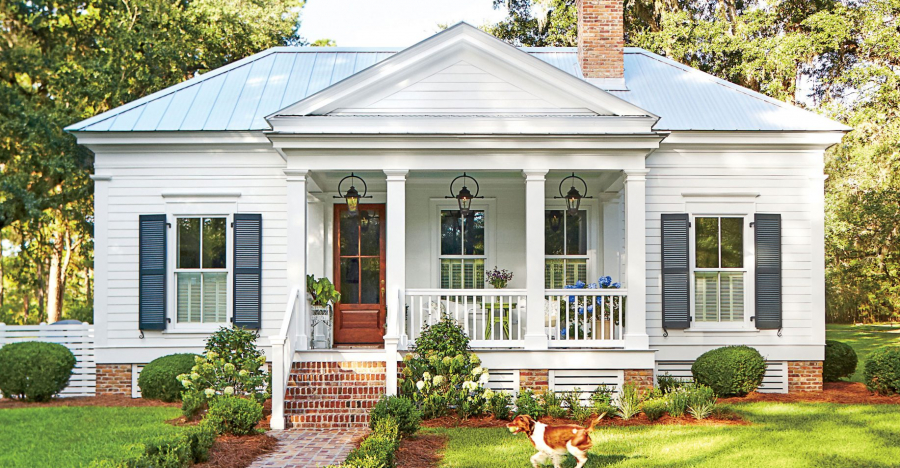 The small cottage is just 30 minutes outside Tallahassee, Florida, and the designer knew it needed to be two things, extremely efficient and super Southern. The small cottage needed to be extremely efficient because this is the second building on the property and county laws mandated that it be no more than 800 square feet. And it needed to be super Southern because of its setting, a bucolic 17.5 acres of land studded with live oak, pine, and magnolia trees, perfect for afternoons spent on breezy porches.

To manage the cottage's tiny footprint, Ingram was meticulous with its scale. When designing tiny homes, you run the risk of them looking like playhouses unless you take the proportions seriously, says Ingram. So the designer played to a grander scale wherever he could, including the size of the windows and the front-and-center positioning of the porch. From there, it was a matter of adding classic Southern details to include a blue porch ceiling, a metal roof, and lap siding. For inspiration, the designer looked to both local history and examples from across the South. They wanted this house to be an imaginative interpretation of several varieties of historical precedent, noting influential sources such as the iconic porches of Charleston, South Carolina, and old plantations.

In keeping with Southern traditions, the designer opted for a haint blue ceiling. Waterscape by Sherwin-Williams was used there and it was complemented with a soft gray (Samovar Silver by Sherwin-Williams) on the floor. The porch was left unscreened to allow for maximum sunlight.

All interior walls are shiplap, painted the same white (Benjamin Moore's Swiss Coffee) to open up the space and play to the abundance of textures in the room. The all-white palette helps the corners of the rooms disappear, Ingram says. The same antique brick from the exterior frames the fireplace, while reclaimed pine floors add even more patina. The woodwork was designed to be humble in such a small space but the mantel was given slightly elevated detail. Butted boards were used on the ceiling to add another layer of age to the main room. There is subtle texture and character provided by the wood ceilings, as the boards will expand and contract slightly over time, which will add to the effect. 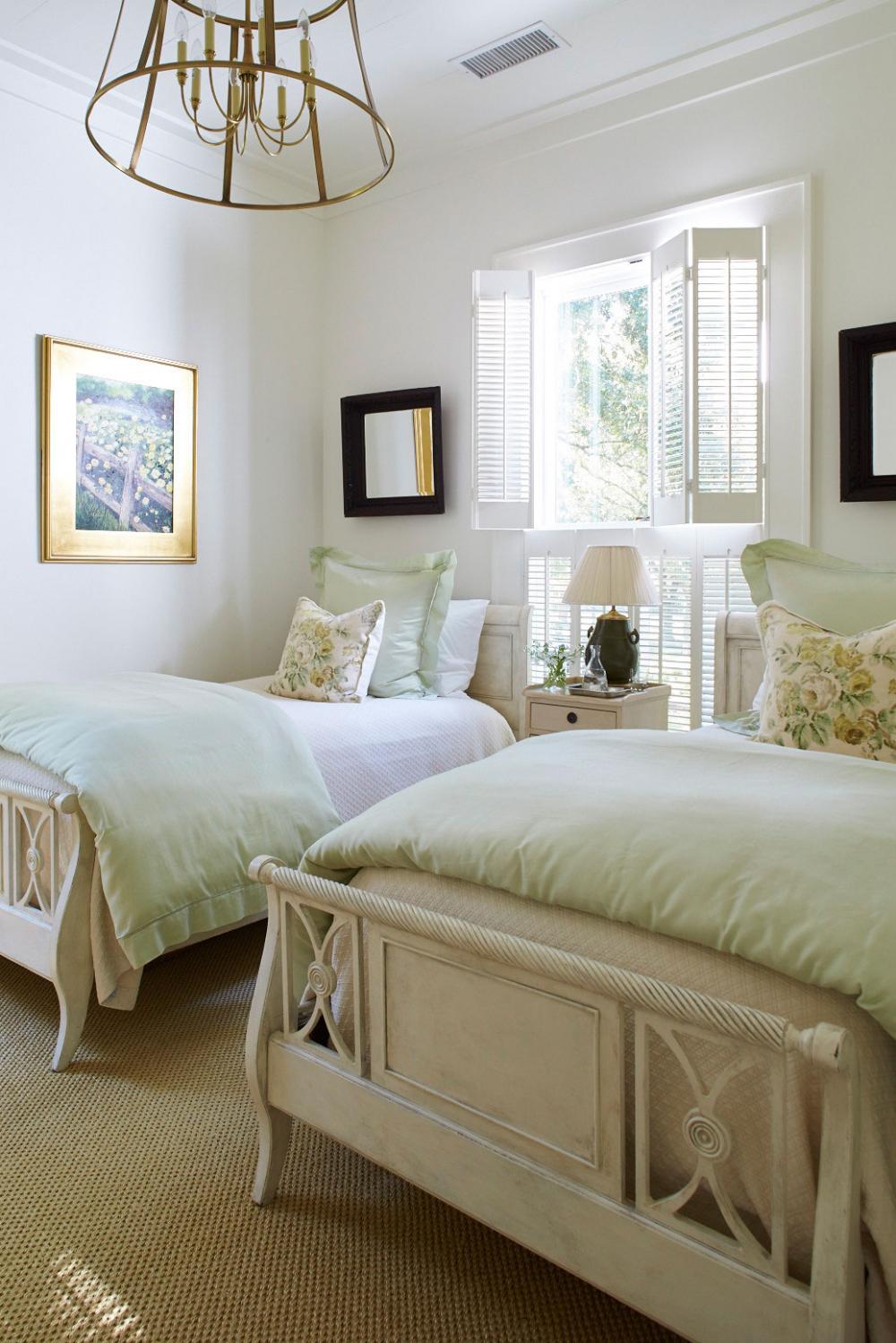 More about this story can be found at: C. Brandon Ingram Design 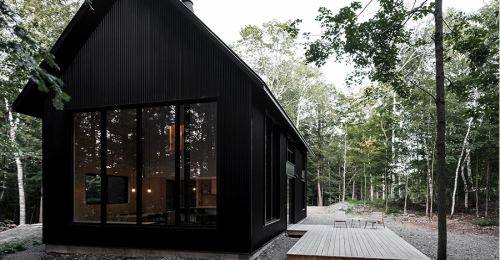 A Black Metal Cottage in Quebec With a Stunning Interior 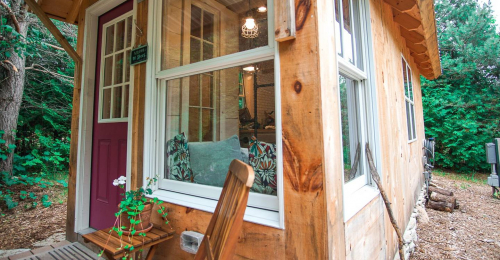 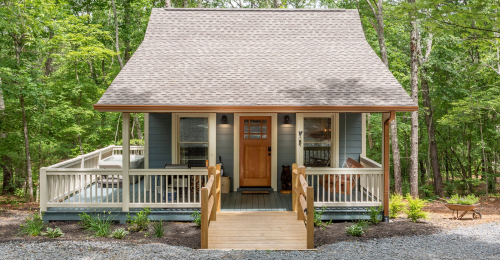